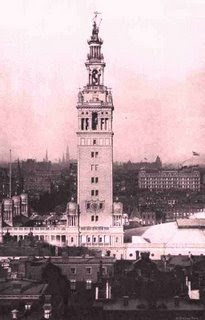 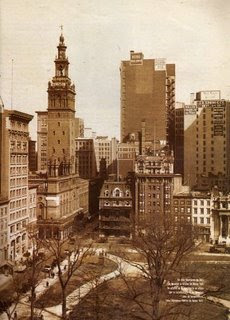 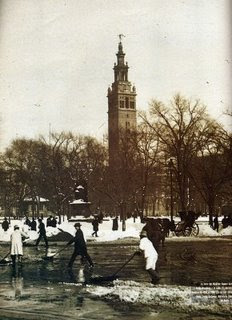 This colossal building was built in 1890 by architects Charles McKim (1847-1909), William Rutherford Mead (1846-1928) y Stanford White (1853-1906) that this work would become his studio in one of the most prestigious of the time. The tower was a simplified interpretation of the Giralda, being coated bricks although its concrete structure was. His height was greater than the original, exceeding one hundred meters and, instead of giraldillo, was crowned by Diana Hunter. For this sculpture had served as a beautiful woman model, Mrs. Evelyn Nesbitt, wife of a billionaire named Harry Thaw, who maintained a passionate affair with one of the architects, Stanford White. This was a man very fond of the good life and deserving to playboy, what would cause many problems and end their lives prematurely.

On the night of 25 June 1906, the restaurant that occupied the upper deck of the Giralda New York was the scene of a crime of passion that would then be known as "The Crime of the Century". Stanford White was having dinner with his wife when legitimate shot three times in the head by the offended husband of Evelyn was later acquitted by reason of insanity.

His work survived him until 1925 it was demolished in exercising an insurance company an unpaid mortgage. This knockdown resulted in a wave of protests and sensitized the American public about the need to preserve individual buildings although his seniority was not remarkable