Commemorative inscription of the restoration of the facade of the Mosque of Cordoba. Marble slab next to the Puerta de las Palmas. 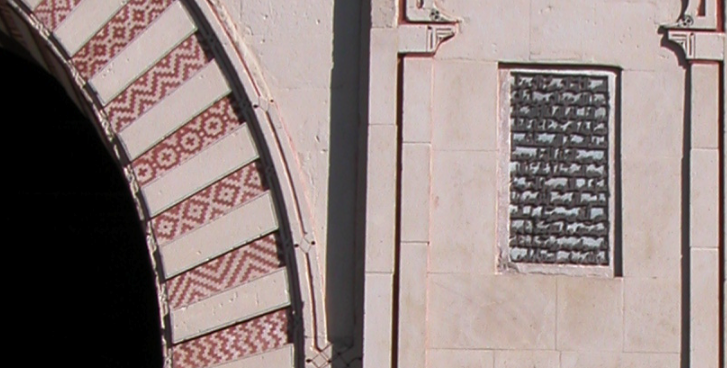 “He has ordered the servant of Allah, ‘Abd al-Rahman, the Commander of the Faithful, al-Nasir li-dini 'Allah may Allah prolong his stocks- the restoration of the facade (wayh) and consolidation, to give prominence to the ceremonies of the worship of Allah and keep the sanctity of their homes 'which Allah has ordered to be repeated raising his name', (1) with the hope of receiving (in the afterlife) greatest benefit and the greatest reward, leaving a noble design and high renown. And these works were completed with the help of Allah, in the month of Du-al-Hijjah of the year 346 [= February 23-March 24 958] under the care of his freedman, his vizier and his steward (“sahib al-mabaniya”) 'Abd Alla-h bone Badr. Sa'id bin Ayub work.”