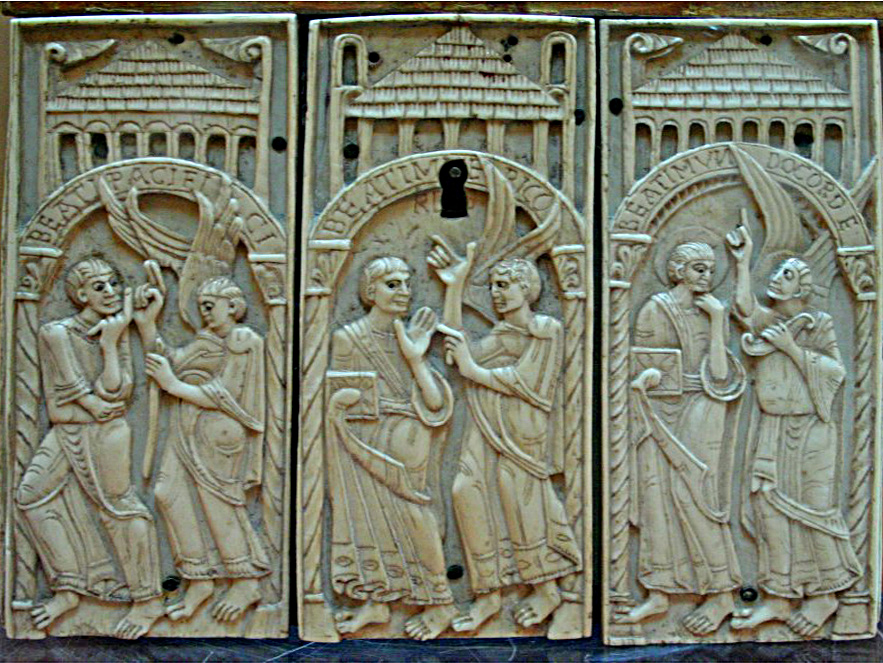 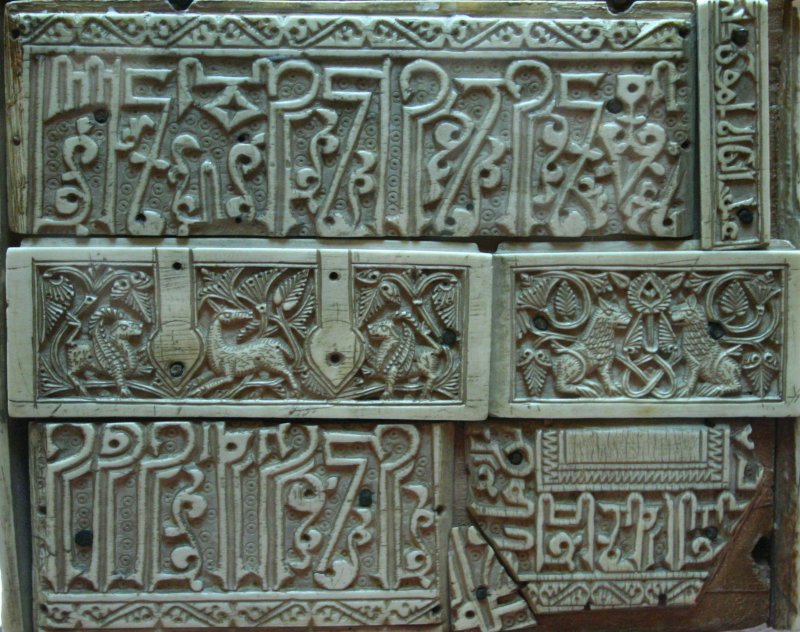 The ark or chest of the Beatitudes was a XI century Romanesque ivory plaques made with, that was a gift from the Kings of Leon Ferdinand I and his wife Sancha made to the church of San Isidoro de Leon Year 1063. It was developed in the workshop eboraria located in the city of Leon muy try to dicha colegiata, linked to royalty, in great demand and fame especially during the eleventh century. Is believed to be aimed at shrine as the Ark of Ivories. Ivory plates are guarded in the National Archaeological Museum (Spain).

This box prismatic and pyramidal cover is known by this name because the seven ivory plaques that line its wooden structure representing this topic, played in a style typical of early Romanesque art. Each of the beatitudes is written on the arches that frame the repeated scene of an angel blessing a character, probable allegory each. Taifa period plates that cover the back were added in the early nineteenth century. He remained in the Collegiate from the date of your donation (1063) to entry in the National Archaeological Museum, in 1871, along with other pieces of treasure. During the French invasion was stolen plate missing and perhaps other complete different issue would complete the set. Later, the casket was reconstituted with the addition of the Andalusian ivories, that should belong to other parts of one's collegiate, perhaps in disrepair.

Lining is lost, and reverse platelets, replaced by several ivory plaques Caliphate bypass. The stripping of the gold hardware was accomplished by French troops in 1808.

The fourth external face presents a disjointed set of seven pieces carved with motifs epigraphic: “Ismail son of Al-Mamun and his own famous doubly doubly happy” fitomorfos zoomorfos and Islamic affiliation, who have come to be dated between 1043 and 1077 (On. Galán Galindo, Islam Medieval Ivories, Cordova, 2005, II, pp. 81-85).

It is curious and interesting as significant concentration from Islamic parts of the Caliphate of Córdoba, the Collegiate Church of San Isidoro de Leon brings. Recently it has been confirmed that rooster weathervane famous tower of the Collegiate, metal is almost certainly from Medina Azahara.